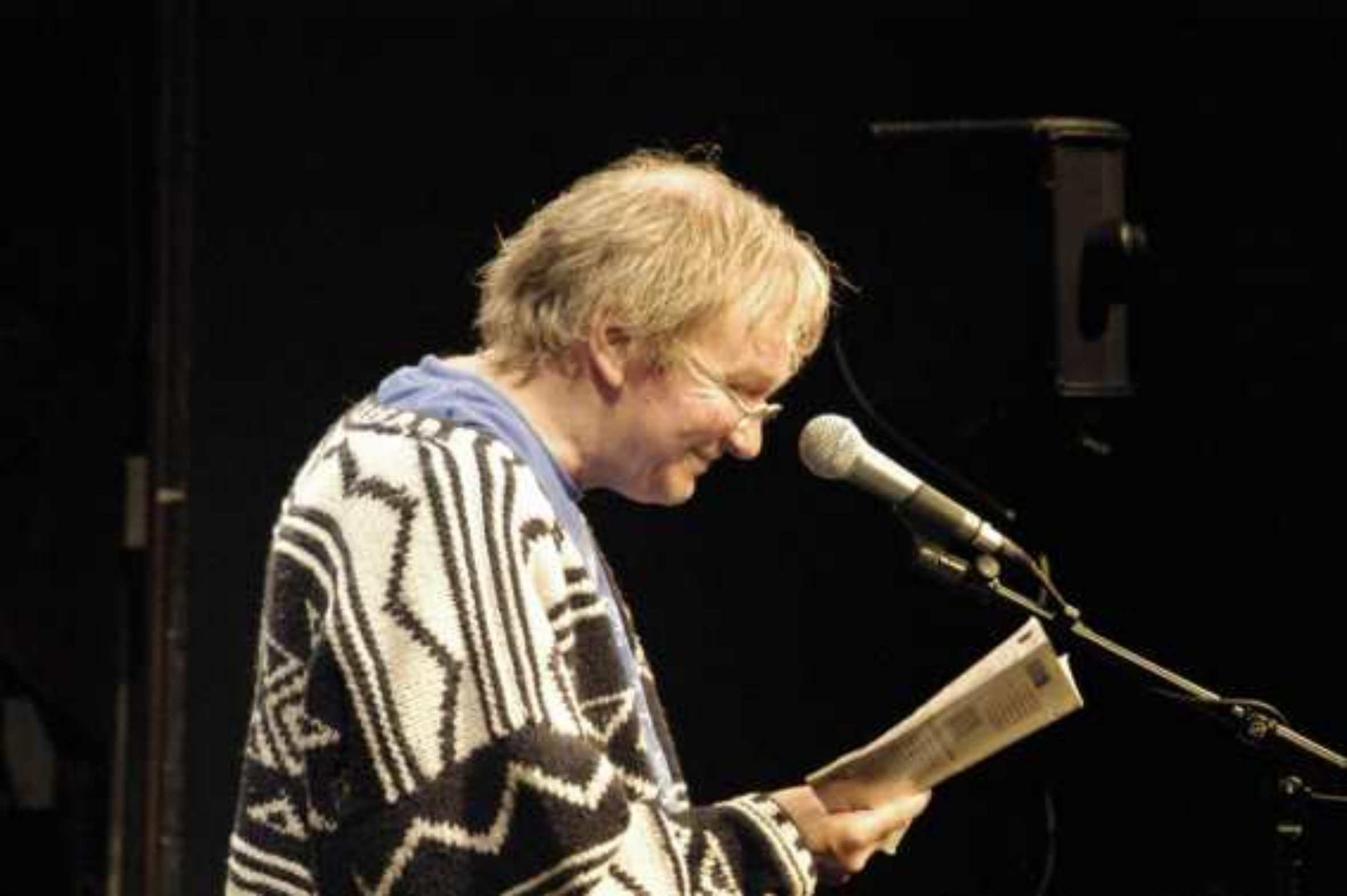 Poet, humorist, and true great English eccentric, Les Barker, has graced UK and global stages for over 45 years. Initially appearing live, mainly with his dog Mrs Ackroyd, he has gone on to collaborate with musicians including June Tabor and Maartin Alcock. His solo albums include “The War On Terrier” and “Dark Side Of The Mongrel”.

Les comes originally from Manchester, but he’s now Welsh. He was an accountant before he became a ‘professional idiot’ (in his own words!). He’s written 77 books, which sell in large numbers at his gigs because people don’t quite believe what they’ve just heard. His poems have spawned a number of folk heroes: Jason and the Arguments, Cosmo the Fairly Accurate Knife Thrower, Captain Indecisive and Spot of the Antarctic, to name but two.

His serious songs have also featured on albums by Martin Carthy and Dave Swarbrick and he made a name for himself on the circuit with his unlikely contribution to the Mrs Ackroyd Band. But it is his side-splitting poems and his elevation of the pun to new heights which guarantees an unforgettable if baffling performance