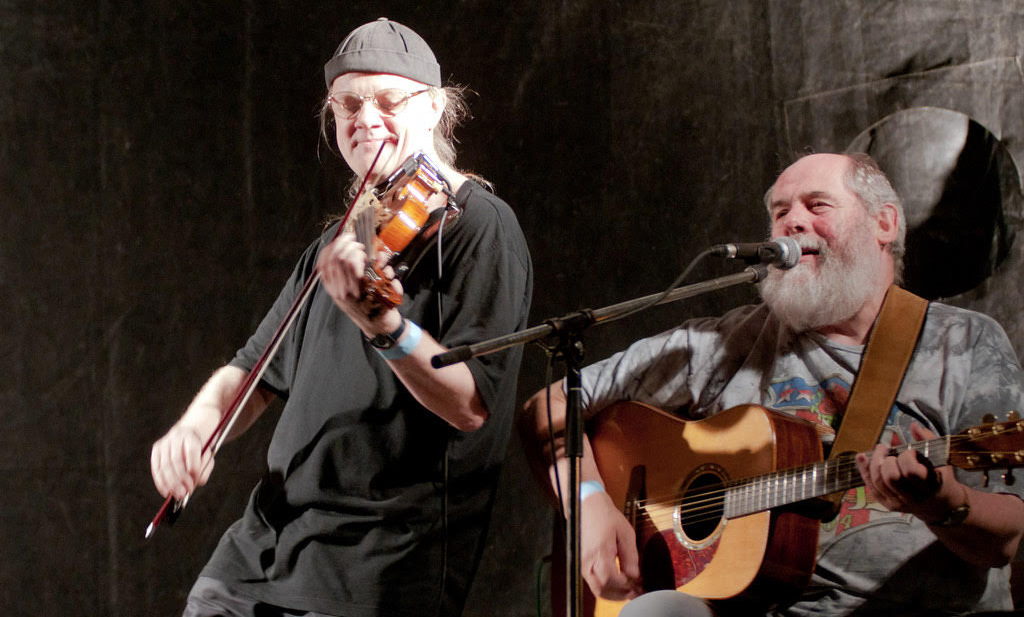 Fairport Convention’s Ric Sanders is one of England's most versatile fiddle players, whilst guitarist and vocalist Vo Fletcher has composed, performed and recorded a wide variety of musical styles with artistes as diverse as Nigel Kennedy, Rik Mayall & The Albion Morris Band.

Ric has also worked in a diverse range of musical genres. He played experimental rock with Stomu Yamash'ta and the Red Buddha Theatre and Soft Machine. His interests in British folk music were strengthened during a stint with Ashley Hutching's Albion Band, a group that also included several musicians who had played with Fairport Convention.
Ric joined the Fairport line-up in 1985 and 35 years later he remains an integral part of Fairport’s evolving sound.

Over the years Vo has written themes, songs and background music for TV programmes and is also well known for his educational work with Surestart Programmes and schools all over the country.
Ric’s association with Vo Fletcher goes back to their days as teenagers. It was inevitable that these pals would play together, and over the last decade they’ve been involved in many projects, from recording Miles Davis classics live in Lincoln Cathedral to improvising an album with the inspirational Anjali Dance Company.

Over the last couple of years though, they’ve taken a different direction, reconnecting with the music closest to their hearts. It’s music firmly rooted in the blues. They love playing it, and audience feedback from their recent performances have shown just how much people love hearing it.