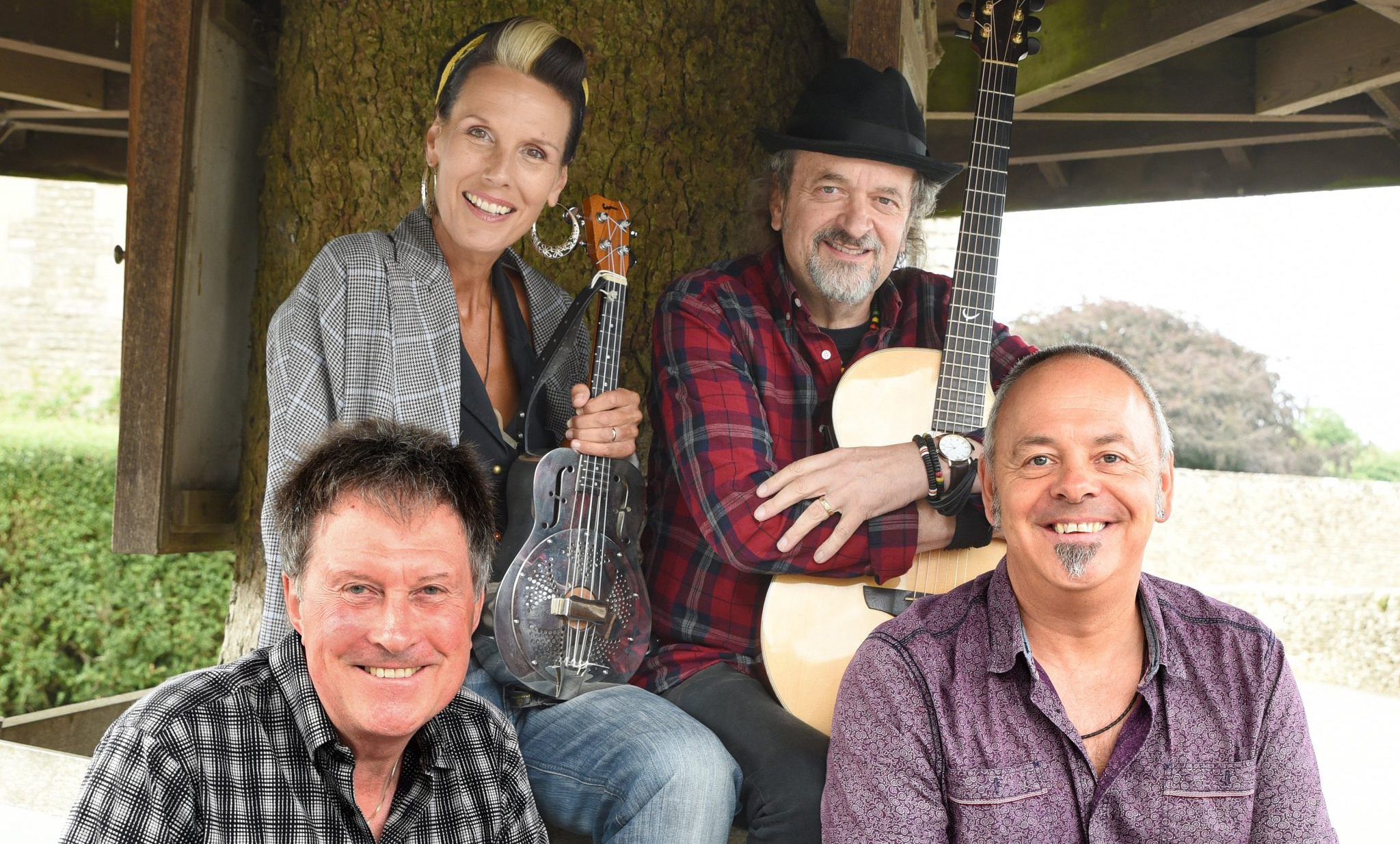 Jig (noun) a rapid, lively, springy, irregular dance for one or more persons.

Well that's what the dictionary makes of the band’s name. A more musical definition would be to say that together they blend the natural elements of Blues, Folk, Roots and Hill Country Music and have fused the disparate talents of the members to hop between styles almost at will – but always with a touch of class.

The “disparate elements of The Jigantics are a combination of two bands: Marion Fleetwood and Martin Fitzgibbon from Colvin Quarmby and Rick Edwards, Mark Cole and Lynton Webb from the Sons of the Delta.

A fabulous fusion of blues, rock, folk and Americana that blew the socks off our audience. Absolute class.” That’s the view of Steve Sheldon of the Folk Icons website.

They’ve even struck a chord with the Daily Telegraph: “Fantastic Music…The Jigantics were a highlight act.”

Book your tickets now to see The Jigantics at Costa del Folk Portugal 2021!