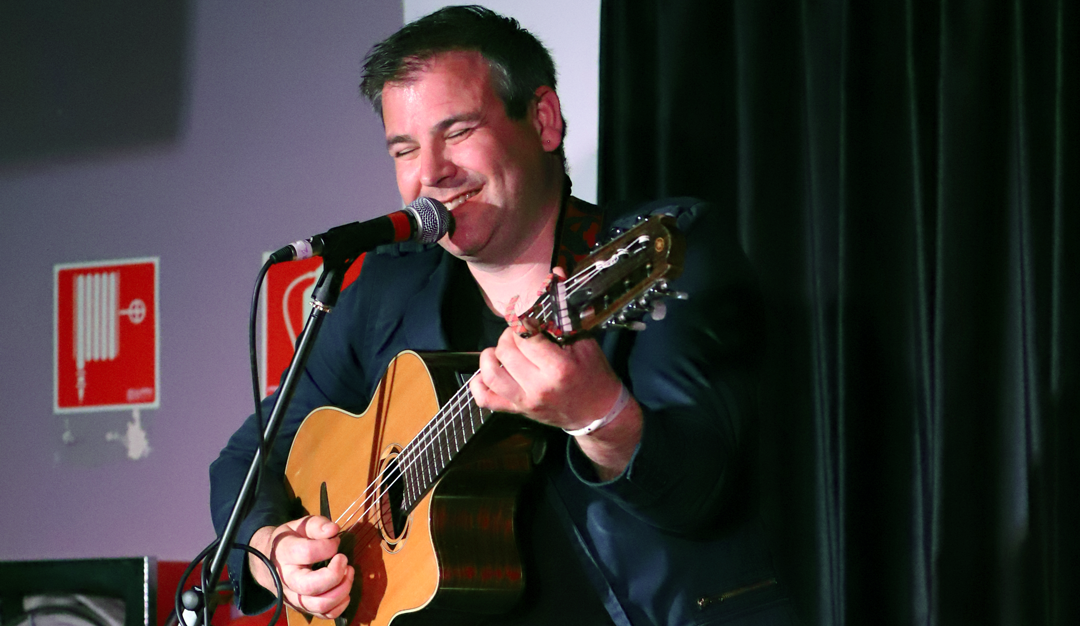 Tim has very recently won Musician of the Year at the MG ALBA Scots Trad Music Awards 2020, having previously been a winner of the BBC Folk Awards Musician of the Year.  He is rated by many to be one of the world’s finest melodeon and guitar players in the current folk & contemporary scene.

His live solo shows are highly entertaining nights of musical genius. They're a stunning mix of world music, inspired instrumental virtuosity and passion, with a strong Celtic theme.

He’s toured the world and recorded with most of the major names in Celtic/Contemporary roots music including; The Chieftains, Christy Moore, Sharon Shannon, Natalie MacMaster, Altan and Capercaillie, and gained a further Folk Award as Best Duo with Brendan Power.

Originally from Broadstairs in Kent and of Irish descent, Tim honed his style learning from his guitarist father Richard and listening to Ed Boyd, Steve Cooney and Django Reinhardt. He has lived in Ireland and now resides in Perthshire, Scotland where he is based with his family.

Tim’s most recent tours and gigs have taken him over the Atlantic to Canada & the U.S and to appearances at Celtic Colours Festival in Cape Breton, previously with Brendan Power and with his own Tim Edey Collective.

“Tim Edey is brilliant in every which way. As a guitarist he has few peers. As a box player he’s a magician and as a character he’s off the scale” - Colin Irwin, fRoots

“Tim Edey plays a host of different instruments to a standard us mere mortals can only dream of. Listen and weep” - Jim Byrne, The Living Tradition